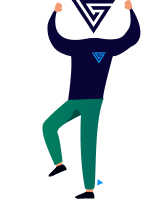 Golden Tree Nutrition wanted to find the best video player for Video Sales Letters with autoplay on both mobile and desktop. So, naturally, they came to Vidalytics.
Initially, they reached out to us to negotiate our rates and see if they could save some money. They were also considering moving to YouTube, which of course is free, but doesn’t have the Video Conversion Tech like Vidalytics, to maximize sales from your videos.

So, instead of cutting our already extremely low rates even more, we told them to test it!
We’ve done our own testing where we outconvert other players. But it is a lot more powerful when it is your own data proving this.
Golden Tree and his front man, Matej, took us up on the challenge to verify our claims with some classic A/B split tests.
They ran 3 split-tests side by side using the same video with the same exact video, just on different video platforms.

Here are their results:

The first version tested was YouTube vs. Wistia. In this case, Wistia performed a bit better than YouTube, with a CR of 0.21%, above the 0.17% of YouTube.

‍The second variation tested was Wistia vs. Vidalytics. Here, Vidalytics absolutely killed. With a 0.24% CR against 0.19% of Wistia’s, we were REALLY excited. Especially after looking closely at the data and some specific days in which Vidalytics’ performance was off the charts.

‍‍We were intrigued to look at the results from this test, after learning the results that the variation #2 had. Vidalytics once more came on top, with a 0.26% CR, above the 0.23% of Vimeo. A 15% increase!

After over 595,000 sessions across 3 split-tests with four players, Vidalytics outconverted all the other players.
‍This is likely due to Vidalytics’ blazing fast speeds.
But then you also need to consider all the unique Video Conversion features of Vidalytics that weren’t enabled in this test, and  that you can’t get anywhere else, like Smart Autoplay, Exit Thumbnails and Video Conversion Tracking.
The cherry on top is that we also use less bandwidth than Wistia. And this bandwidth, on average, costs half as much as Wistia’s.
‍If that doesn’t convince you, you’re invited you to run your own tests as well! Come try us for FREE… and let us know how it goes 😉

Ready to Increase Your Conversions?

Get Started for FREE Now

Golden Tree Nutrition wanted to find the best video player for Video Sales Letters with autoplay on both mobile and desktop.

We recently tested two videos side by side that had the same voice, and the same lead, story and product reveal, but had two main...

From March 23rd until May 26th we tested Vidalytics against Wistia in an A/A split test, meaning we used the same video on both...

The most interesting thing about this test was actually what we learned from the test we carried out right before it. In that one...

When comparing AWS to Vidalytics, it may seem like it is apples to apples, but this couldn’t be further from the truth… At least if you care...